“I was born the day before the Suez War broke out,” sings Spencer P Jones on ‘Trick Your Boat Wrong’, the second song on his 2000 album, Spencer P Jones and the Last Gasp. It was an auspicious time in history: Elvis Presley was redefining rock’n’roll. Chess Records, whose patronage of the American blues tradition would inspire a generation of r’n’b bands, moved to its famed premises at 2120 South Street, Chicago and a Liverpudlian teenager by the name of John Lennon formed his skiffle group, The Quarrymen.
Spencer Patrick Jones was born in rural New Zealand, and came of age to a soundtrack of The Beatles, The Rolling Stones, The Who and Bob Dylan. By 19, Spencer had packed his bags and landed in Australia. It was, Spencer told friends and family, a pit-stop on the way to London where his future lay, as a rock’n’roll star.
By the time he finally set foot in England 20 years later, Spencer was a fixture in the Australian rock’n’roll scene, a talented guitarist and respected songwriter, a loveable larrikin whose penchant for excess was outweighed by his generous and sensitive spirit and support for his fellow musicians.
Spencer’s songwriting blended the pop sensibility and sharp r’n’b attitude of his youth – Beatles, The Rolling Stones, Lah De Dahs and The Who – with the country rock songwriting of The Band, Gram Parsons, The Flying Burrito Brothers, The Byrds, Tom Waits and, crucially, Neil Young. In Melbourne in the late 1970s, Spencer’s housemate Steve Connolly gave Spencer a crash course in punk rock; Spencer, in turn, turned Connolly onto the country rock styling that Connolly would later deploy in Paul Kelly and the Coloured Girls.
Tours of duty with the acid-billy psychedelic cabaret ensemble North 2 Alaskans and country rock parody act Country Killed gave Spencer a crash course in comic timing. Drafted into The Johnnys to fill out the band’s sound, Spencer graduated to become the band’s lead singer and principal songwriter. A lanky high school drop-out by the name of Greg ‘Tex’ Perkins told Spencer he had some spare gig commitments to fill, Spencer suggested they round up some friends and play some Alice Cooper, New York Dolls and Creedence covers and the legend of the Beasts of Bourbon was born. When half of The Gun Club quit on the eve of their Australian tour, Spencer (along with Johnnys drummer Billy Pommer) were conscripted.
Unable to yield to industry expectation, The Johnnys’ musical diet of cowpunk and cacti eventually ran dry and Spencer funnelled his creative energy toward a solo career, supplemented by the brilliant but doomed collaboration with Ian Rilen (Rose Tattoo, X) in Hell to Pay.
Spencer’s first solo album, Rumour of Death remains one of the great lost Australian independent albums of the 1990s. In between commitments with the Beasts of Bourbon – and the occasional near-death experience – Spencer released five critically acclaimed albums on Spooky Records, ranging from the big swinging rock sound of the Last Gasp, to the more explorative Cow Penalty, the eclectic odds and sods of Immolation and Ameliorations, to the dirty rock of Fait Accompli and Fugitive Songs.
Sobering Thoughts, released in 2010, was drenched with the emotional pain of Spencer’s personal nadir. Spencer P Jones and the Nothing Butts saw Spencer hook up with members of The Drones and his old Beasts of Bourbon friend, James Baker. In 2013 Spencer teamed up another former Beast of Bourbon, Kim Salmon, to record Runaways, an album of original material and diverse covers.
Wherever you turn in the Australian music scene, Spencer is there. Spencer’s list of collaborators is a who’s who of Australian music: Ian Rilen, Paul Kelly, Renée Geyer, Chris Bailey, Sacred Cowboys, Rowland S Howard and Maurice Frawley and Ice Cream Hands. Internationally, Spencer’s fan base extends to Neil Young, Richard Hell, Sonny Vincent (Shotgun Rationale), Lydia Lunch, Dead Moon and The Violent Femmes.
Spencer’s songs bleed romance, tragedy and pathos, his lyrics full of evocative tales of the slings and arrows of outrageous rock’n’roll fortune wrapped up in sparking pop melody. Spencer P Jones is a genuine rock’n’roll legend. Don’t be fooled by cheap imitations.

Patrick Emery is the author of Execution Days: The Life and Times of Spencer P Jones 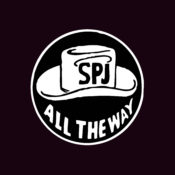 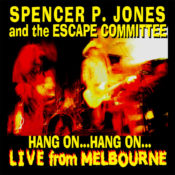