Shifting Sands feature losers from SixFtHick, Gentle Ben & his Sensitive Side, (Dave McCormack &) the Polaroids, Family Jordan and Jeremy Neale Band. They are good for pretty much nothing except for creating warmth in an emergency situation by way of fuelling fire, or accenting or emphasising an important point during an argument or domestic dispute by way of smashing into kindling. At least that was what Geoff Corbett (SixFtHick, The Tremors), lead vocalist of Shifting Sands thought, but just like so many times across his career of “blink and you’ll miss it” highs and extended lows that would crush a purpose built mini-sub through sheer and immense pressure he would be proven wrong. Step into the downward spotlight Dylan McCormack (Gentle Ben & his Sensitive Side, David McCormack & the Polaroids) and take that abortion of pine and tinsel and pluck forth from it songs that don’t suck, are not Alt. country nor singer songwriterly but speak of but two things: Sex and Sadness – the Shifting Sands mantle. Bread and butter if you will, except in this instance the bread has a hard on and is trying to kiss you and the butter is drunk, sobbing and cutting itself with a sharpened piece of broken C.D case. Clearer? 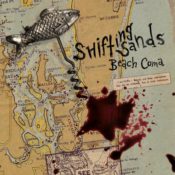 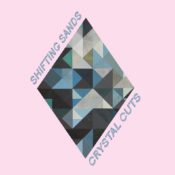