Jackson Reid Briggs and The Heaters

What a goddamned mouthful. What a bloody earful. Punk rock n roll without the spit shine.
Jackson Reid Briggs, after a year or two playing solo & exiled from his home, adrift in the worlds most liveable city needed a backing band. Sandwiched somewhere between his hometowns The Saints and Neil Young at his most ragged, playing in a dirty old pub on the outskirts patronised by locals only. 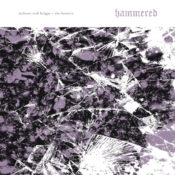